Click on the Facilitator's name to see his/her profile 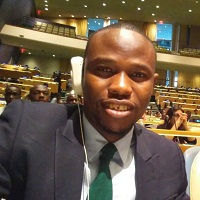 Abdulahi Abayomi ABDULRAHEEM
Abdulahi is the Coordinator of the 129th Housing LLC, Bronx; a consultant with the world largest volunteer organization - Points of Light, New York office; and the Executive Director of Initiative for Sound Education Relationship & Health (ISERH).
Abdulahi holds B.Sc. in Demography and Social Statistics from Obafemi Awolowo University, Ile-Ife; and OND in Accounting from Federal Polytechnic Offa. He is a trained Leadership Coach by the American Express Leadership Academy, US; and got certified on 21st Century Leadership by McCourt School of Public Policy, Georgetown University, United States. He is an alumnus of the Africa-America Institute (AAI) where he got trained on Social Sector Management (SSM 5) by the Enterprise Development Center, Pan-Atlantic University, Lagos. He also attended Institute for Humanitarian Studies and Social Development (IHSD) where he got trained on NGO Management and Administration. He is an alumnus of Young African Leaders Initiative (YALI), West Africa Regional Leadership Center, Accra.
Abdulahi received the Most Replicable Project Award of the Life Changers Foundation, UK in 2015. And in 2016, he topped the list of 100 Brightest Young Minds of Brightest Young Minds, South Africa.
Abdulahi got named as 1 of the 23 Global Superheroes ‘Class 23’ of Atlas Corps in 2017 - Washington DC, and served as the Education Program Impact and Evaluation Fellow with Points of Light, New York.
He was a delegate to the 2018 World Bank/IMF Annual Meetings held at Washington DC; and also served as a delegate to United Nations Headquarter, New York for the International Young Leaders Assembly. This year's April, he was among the 72 delegates for the 2018 American Express Leadership Academy Global Alumni Summit, held at New York.
Abdulahi has been, at several occasions, consulted by the Nigerian Senates, House of Representatives and the Executives. His impacts on the NPower Program of the Federal Government of Nigeria is immensely appreciated.
It is good to know that Abdulahi has worked in the past as the Monitoring and Evaluation Officer for the HPDP II Project of World Bank; served as the Account Officer for the Global Fund Project - Community System Strengthening (CSS) under Living Hope Care; among others.
He is presently a member of the selection committee for the Young Leaders of the Americas Initiative (YLAI) - an American Professional Fellows Program.

Luqman ALAWODE
Luqman is a Senior Executive Officer at Independent National Electoral Commission (INEC), Director of Studies at Initiative for Sound Education, Relationship and Health (ISERH). Member of Editorial Board at "The Literati Magazine", member of Society for Young Nigerian Writers (SYNW), member of Association of Nigerian Authors (ANA) and Ambassador of Peace at World Institute for Peace (WIP)
He attended the Federal Polytechnic, Ede between the year 2003 and 2009, as a result of his financial prudence, he was elected the Departmental Financial Secretary. Subsequently, he was elected as the President of Lafiagi Corpers Association (LACAS) during his days as a corps member between 2010 and 2011. He is currently the national President of United OTM Elite Club (UOEC).
Luqman Alawode is a humanitarian, poet, short story writer and an advocate of peace. He was among the over 200 global contributing authors and poets that brought to reality, the publication of a book that sought to eradicate discrimination prevalence in the society on the basis of skin color or racism titled COMPLEXION BASED DISCRIMINATION: GLOBAL INSIGHT which earn him the award of Double Gold Cross Medal in the month ofJune, 2018 by World Union of Poets, Italy, Scuola de Poesia - School of Poetry, under the leadership of Silvano Bortolazzi (Knight of Poetry). He has participated in some local and international anthologies both poem and prose on peace and humanity.

Abimbola ADERANTI
ABIMBOLA is at the moment a Scholar at the prestigious Enterprise Development Center(EDC)- Pan Atlantic University, He is the only beneficiary of the scholarship in the state of Osun, He is the Director of Programs, Initiative For Sound Education, Relationship & Health(ISERH) as well as a volunteer with CACOL-an NGO that advocates for transparency and accountability in governance.

He is currently the Osun east senatorial Coordinator for the VoteNotFight , Election no be war - Campaign, a project Of the National Democratic Institute (NDI) advocating for a peaceful and violence free electioneering.

He holds HND in Computer science from The Federal Polytechnic, Ede where he served as the pioneer president of school of Applied science(SAS), a post that earned him the best president of the year award. He is a former member of the student Union Representative Council (SURC) of the same institution and a human right activist. 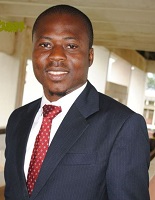 Abass Adekunle OLATUNJI
Kunle is an academic staff of Federal Polytechnic Ede, Osun State. A Director of ICT at Initiative for Sound Education, Relationship and Health (ISERH).
He is a registered Engineer by Council for Regulation of Engineering in Nigeria (COREN). He is a member of professional bodies like Nigeria Society of Engineers, National Society of Black Engineers, Nigeria Institute of Civil Engineers and Nigeria Institute of Management (Chartered).
Kunle Olatunji holds a Masters Degree (M.Sc.) in Public Health and Environmental Engineering option of Civil Engineering from University of Ibadan, B.Eng in Civil Engineering from University of Ilorin, and HND in Civil Engineering from Federal Polytechnic Offa. He also received Proficiency Certificate in Management from Nigeria Institute of Management (Chartered).
He has received several awards, he has sizeable number of scientific publications (International Journals, Local Journals, Conferences, Thesis and Dissertations) and has attended several Seminars and Workshops.
He has wealth of experience in Website Development and he is the CEO of FLUXTECH CONCEPTS, a website development firm. 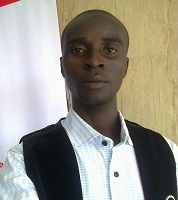 Saheed Adewale OLAYEMI
Saheed is a Teaching Assistant in the department of Mathematics, OAU. He was a Facilitator/Tutor for the adult learners between 2015 and 2016 at National Center for Mass Literacy, Adult & Non-formal Education (NMEC), Kano - during his National Youths Service Corps (NYSC).
He is a member of Nigeria Mathematical Society (NMS); Ilesa Grammar School Old Students' Association (ILEGSOSA) and University of Ife Muslim Graduates (UNIFEMGA).
Saheed graduated from Obafemi Awolowo University(OAU), Ile-Ife with Bachelor of Science in Mathematics and currently on his Master of Science degree in the same field of study and same institution.
He is serving as the Monitoring & Evaluation Officer for Initiative for Sound Education, Relationship & Health (ISERH).
He loves to impart knowledge, engage in impactful activities, work towards excellence, participate in productive research and never discriminate anyone irrespective of race, gender, religion or ethnicity.

She received a certification in Occupational Health & Safety from Ministry of Health, Occupational Health Institute, Oyo State. She as well received a certification in I.C.T Skills & Entrepreneurship from the Federal Ministry of Youth Development and well got trained on Leadership by the same Ministry. She has attended several seminars and workshops on entrepreneurship.

She is the C.E.O, Sallyluli Vocational Skills Institute, and Sallyluli Cakes and Events.

She has wealth of experience in Entrepreneurship and Capacity building. 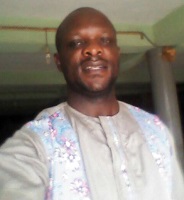 By name am Akinbinu Joseph Oluwaseyi. I attended Immam Shuaib Primary school in Lagos, after which l was admitted into Methodist High School in Okitipupa in Ondo state, then l proceeded to Osun state college of Education where l read English Political science. 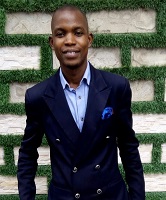 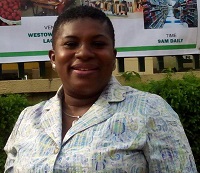 She is passionately committed to inspire equip and empower for 100% value added living
Copyright 2022 © ISERH. Developed & Powered by FLUXTECH CONCEPTS
.